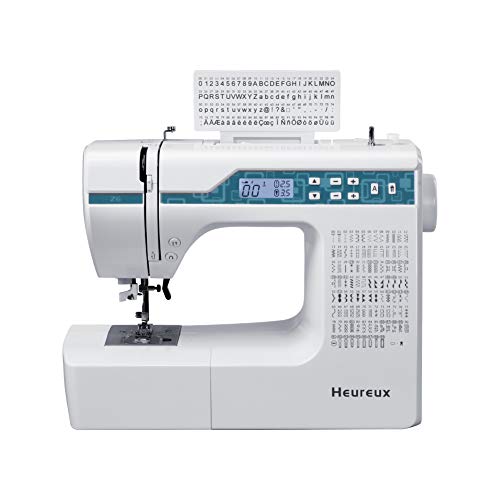 Manual sewing can be a heavy task considering that it requires a lot of intelligence to come up with beautifully stitched designs. However, in this day and age of computers, almost everything can have some level of automation, and this includes sewing machines.

Computerized sewing machines are the most sophisticated sewing machines but are also some of the easiest to use because they are almost entirely automated. Automation means you get plenty of stitches and this is so because it works by having the following:

Typical electric sewing machines have few zigzag and straight stitches because every single motor is linked to the other, enabling the needle bar, feed dogs, tensioning disks, and other parts to move in a synchronized manner. However, due to the numerous interconnections, these machines cannot produce many stitches.

Computerized sewing machines changed the game when it came to stitching due to their onboard computers. This computer controls all the machine’s motors and this system ensures that each motor can be precisely and independently moved and at a particular speed.

The result of this automation is that the machine can create multiple stitch designs, and this is why such machines can feature hundreds of stitches.

In theory, computerized sewing machines can produce an unlimited number of stitching designs. A stitched design is created by moving the needle bar and the feed dogs in a certain way so that the needle can pierce through the fabric as it is moved in a certain direction. Because the onboard computer controls all the machine’s motors, it can easily achieve any design.

Therefore, these machines store their stitching designs locally on their memory and load them to the computer to execute as per your command. New designs can also be easily loaded into the same memory to expand your options.

This is simply done by connecting it to a laptop, downloading new designs from the internet and load them into the machine’s internal memory.

The multiple stitch patterns might mean that selecting one is a nightmare. However, all computerized sewing machines come with screen displays – some even have touchscreens – and selector buttons to help you easily select the design you want.

The selected number is sent to the onboard computer, which then guides the motors on the speed and direction to move to achieve your selected pattern.

Computerized sewing machines also have a motorized work area that also greatly contributes to its precision stitching. This work area holds and moves the fabric firmly under the needle, enabling the needle to hit the right spots and create perfectly aligned patterns.

Computers have changed everything. The computerized sewing machine is possibly the greatest invention after the invention of the sewing machine itself. This is because it does most of the work for you and does it perfectly.

With this great leap, only more automation and better improvements are expected, as sewing gets much easier.

Hi, this is Barbara. I am a proud mom and handicraft expert. I have great interest in different types of sewing and sewing machines. I am currently working as the chief editor of Sewing Machines View.

“Sewingmachinesview.com is reader-supported. We may earn a commission through products purchased using links on this page. Learn more here.”